Grab the stack and get a huge discount! This stack is complete with andros and post cycle therapy! 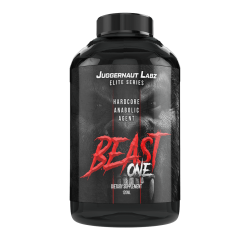 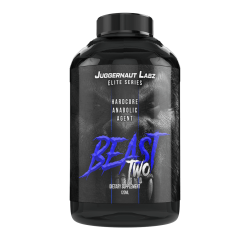 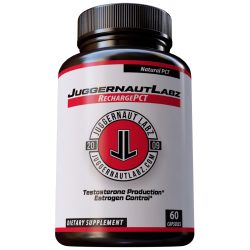 The Complete Andro Stack contains everything you need for a solid bulking cycle including Beast One (1-Andro), Beast Two (4-Andro) and RechargePCT to follow up as a solid and effective post cycle therapy.

Juggernaut Labz BEAST ONE contains a 30 day supply of the powerful 1-Andro PH to help pack on LEAN MUSCLE MASS!

BEAST ONE is the premier prohormone for people who want to build lean mass without massive side effects. BEAST ONE uses the prohormone 3b-hydroxy-androst-1-ene-17-one, which has been shown in studies to help active college aged men build over 8lbs of mass in a month along with proper diet and exercise.

BEAST ONE converts to a natural steroid called 1-Testosterone. 1-Testosterone is 2-7 times more anabolic than testosterone mg to mg and yet doesn’t convert to estrogen or DHT. That means you have limited side effects like hair loss and bloating!

BEAST ONE is considered a dry prohormone, so it should not cause any bloating and you should not have to worry about estrogen build up or the dreaded “man boobs” coming up from gyno!

Since BEAST ONE utilizes a liquid delivery system, you should see more bioavailability than taking capsules – which means QUICKER GAINS!

Some benefits of taking BEAST ONE include:

Juggernaut Labz BEAST TWO is also known as 4-Andro – a compound that converts into the super hormone Testosterone and provides with massive muscle gains and increased sex drive!

Your body already produces Testosterone, but with Beast Two, you will get a massive increase which then leads to more aggression and bulk muscle.

WHO SHOULD TAKE BEAST TWO?

This prohormone is great for those looking to cut/trim down or bulk. Depending on your diet, it’s perfect for each because it focuses on building lean mass and getting you stronger. It’s also a great prohormone to stack with other prohormones to increase their effects. This is safe to do because it is a non-methylated prohormone.

HOW DOES BEAST TWO WORK?

Beast Two works so well because it is backed up by science and works with your body. 4-Andro is also called 4-DHEA, which is super popular by bodybuilders because it provides massive gains and aggression.

This Prohormone is safe to use and converts to Testosterone by a two-step process. It first converts to 4-Androstenediol, and then into Testosterone. While undergoing this process, the 4-DHEA molecule gets attached to an enanthate ester which makes it time-released and makes the effects to have a higher conversion rate than just normal 4-DHEA. This means you get more Testosterone conversation and you feel the effects faster and the effects stay in your body way longer because of the time release.

Once 4-Andro is converted into your system fully, you get anabolic and androgenic effects, meaning increased strength and muscles. This ultimately improves protein synthesis, therefor getting those massive gains and strength. Because 4-Andro doesn’t have calorie burning thermogenic properties, the conversion helps with gain strength and weight gain!

There are no reviews yet.

Only logged in customers who have purchased this product may leave a review.